Namir Blade's 'Metropolis' fits into 2022’s hip-hop canon, but its swirling synthesizers and sub-genre juggling suggest how future generations will interpret the popular styles of today. It’s Cadillac music for 2052. 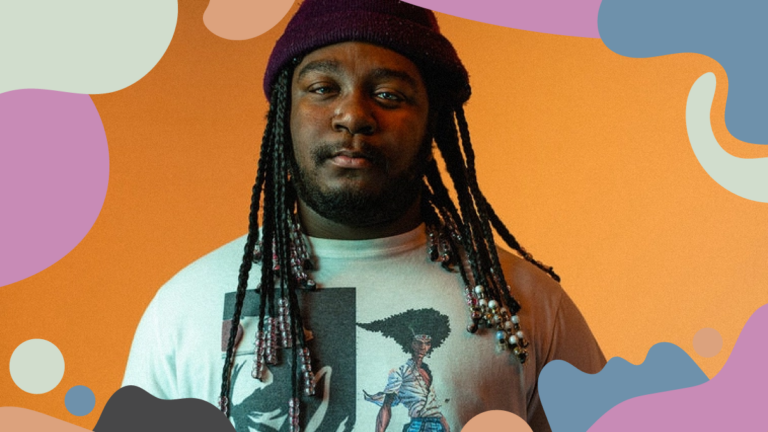 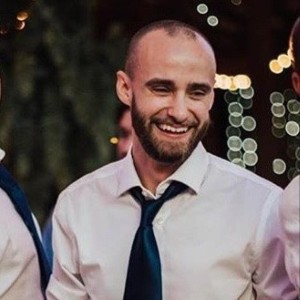 Zach Haught
Writer and digital marketer based in Nashville with an interest in all things music, community, and local culture. He can be found at @zachhaught on Instagram and Twitter.

Confidence is not always easy to come by, but Namir Blade is well on his way. His Mello Music Group debut, 2020’s Aphelion’s Traveling Circus, utilized Afrofuturistic world-building to convey timeless feelings of love, longing and isolation. When he returned with 2021’s retro Imaginary Everything, a collaborative album with producer L’Orange, that introspection was dialed back from a focal point to footnotes that bookended a newfound swagger. Metropolis, his new album released in June, finds Blade traveling back to his futuristic impulses, but he’s returning more self-assured in his capabilities and individualism.

Blade drew inspiration from the 1927 silent film “Metropolis” and the 2001 anime of the same name, watching both movies on and off while making beats; interviews and official descriptions of the record place it in this dystopian science-fiction narrative. Actual references, storytelling, and lyrical descriptions of this not-so-distant future are admittedly few and far between, but where it falls short of its lofty premise, Blade effectively protests against the mundanity of the societal conformity in these films. What sounds like standard hip-hop braggadocio is an artist defiantly presenting what makes him unique in the context of the album’s inspiration.

“I’d rather do therapy than to take a loss,” Blade confides on the album opener “Award Speech,” setting the record’s tone out of the gate. Most of the album’s 16 tracks are victory laps from someone enjoying the fruits of their labor, but he’s only able to count his wins because he’s prioritized his journey toward inner peace. Whether it’s the full-on self-affirmation of “Mephisto” or the glass-half-full ode to a reliable clunker of a car on “Ride,” it’s clear he’s put in the work. His personal narratives of code-switching at a day job (“Guts vs. Griffin”), potentially fleeting success (“Ring Out”) and suicidal ideation (“Cruisin USA”) are mostly saved for the home stretch of the album, but they provide essential context for the boastful bars found elsewhere.

Although Metropolis’ sci-fi concept doesn’t fully pan out on the lyrical front, Blade’s mixing and self-production succeed in presenting it as such. The classically trained pianist and cellist draws upon trap, house and soul influences to create something as futuristic as it is southern. It fits into 2022’s hip-hop canon, but its swirling synthesizers and sub-genre juggling suggest how future generations will interpret the popular styles of today. It’s Cadillac music for 2052.

One of the few areas where the record notably falters is its sequencing. The stretch of “Deep (Interlude)” through “Unc Speaks/Sharp,” while solid individual contributions, feel like a 12 minute pause for interludes when they might have been more impactful interspersed throughout the tracklisting. Beyond that, Blade covers tremendous ground in the album’s 55 minutes and largely keeps things cohesive, which is not an easy feat when nearly half its tracks have a beat change.

Ultimately, Metropolis is another fascinating entry into the Nashville artist’s discography. Despite a few missteps in the album’s theme and pace, Blade clearly has a well-defined vision and the toolset to actualize it. With a commanding mic presence, smooth singing voice, unique, banging beats and a knack for catchy hooks, the world is in for plenty more of Blade’s award speeches.