Review: Let’s Get Nostalgic with Hennessey

Hennessey knows how to fuck around and not take themselves too seriously, creating music in one of its purest, punkiest form. 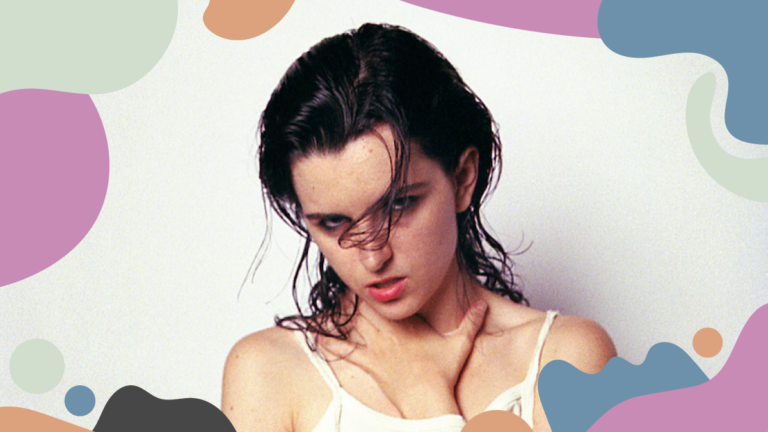 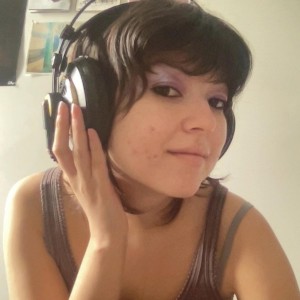 At the end of the 1970s, New York City was hell on earth. There was bankruptcy, emptiness, lawlessness, and No Wave. No Wave was a movement that went against everything punk and New Wave; it thrived on noise, nihilism, and dissonance. The scene died just as fast as it began, but Hennessey––a new Lower East Side band––is here to revive it.

Leah Hennessey, the vocalist of Make Out (2010-2012) and Pornography (2013-2014), is back with multidisciplinary electronic artist E.J. O’Hara to bring dark, experimental pop and funk to life. Growing up as the step-daughter of New York Dolls’ David Johansen made Hennessey both admire and demystify the early punk scene. Hennessey, EP. 01––distributed by Velvet Elk Records in 2020––allows Hennessey and O’Hara to give homage while parodying the 80s.

The parody begins with the lines, “New wave cosplay / Dress me up like a Nagel babe / Everyone looks beautiful  / When we remember what our parents forgot.” It’s the opening verse for their leading single, “Let’s Pretend (It’s the 80s),” which references specific people of the time such as Maripol and Lizzy Mercier. Even their music video highly satirizes the era. A key guitarist plays over a fireworks graphic, a red-lipped mouth resembles Rocky Horror Picture Show, and an Allison Reynolds Basket Case-style make appearances.

Another line in the song is, “Always No Wave / We don’t care what the neighbors say,” which is sardonic of the rebellious 80s but also the literal type of music Hennessey is making. “Let’s Pretend (It’s the 80s)” features a catchy chorus over a synth pop 80s beat, along the likes of Depeche Mode’s “Just Can’t Get Enough” and Prince’s “When Dove Cries.” It’s an upbeat dance punk song with a playful, showy guitar that doesn’t reach the full skronk level yet.

On the following track, that level is reached and shows Hennessey’s true talent as a band. “Use” opens up with abrasive notes, almost like a faster version of Bauhaus’ rhythm in “Bela Lugosi’s Dead.” The band takes a risk by mixing synthesizer glitches with messy guitar chords, similar to the ones of James Chance, for the sake of making noise. It’s always No Wave, remember? The two are similar in sound and feeling, but “Use” is more industrial and experimental, which may lend to why the former song was the lead single.

Hennessy’s voice follows the ideal of experimentalism as well in “Use.” She’s given more space on the song as she becomes louder and higher matching the unbothered lyrics: “But you’re the only thing I want to use / I can take pills, I can get loose / I can dance all night with all the young dudes / I can cause a scene that will make you lose / I can do it all again with somebody new / I can drown the pain of wanting you.”

While “Use” focuses more on sound, the core of the following song, “No Transformation,” is the lyrics. The guitar takes a back seat leaving the song bare. The sweet ballad is like twinkling stars––light, airy, and hopeful. In the music video, Hennessey stands by herself with a blank stare, slowly moving her hands or swinging on a rope. She’s wearing a white babydoll dress and glitter is used to slick her hair back. Yet, Hennessey’s voice isn’t necessarily soothing nor delicate. Her vocals are raw and rough around the edges. She wrote the genuine, inward-facing lyrics in the same manner. “I know I’m too dark / I should be a flower in a sunny park / I should be a flower sunny in the park / waiting to be picked and picked apart / But it’s too late to change / It’s too late for magic to save me,” she sings. Following this wistful theme, the video looks like it’s entirely made with a grayscale filter. Clips of nature––sunsets, winter forests, and ice glaciers––are used as a green screen behind her while images are projected on her face, but when colors are featured the colors are muted. “No Transformation” is about the present time and the present flaws, accepting that it is what it is.

To complete the 80s theme, Hennessey, EP. 01 ends with an electro cover of The Waterboys’ “We Will Not Be Lovers.” The original song is a blend of music genres––Celtic, folk, and rock––driven by a fiddle and mandolin allowing the guitarist to make solos wherever they found fitting. Hennessey has used their entire EP to venture the same ideas making this song choice for a cover more than appropriate. Even their previous original tracks come from a similar lineage, just one more so of The Cramps’ Blues rather than Fisherman’s Blues. Hennessey turns “We Will Not Be Lovers” to a gothic, seductive club anthem.

“8 Men” is a true song of our times with biting commentary on economic inequality. With lyrics like, “8 men control the economy / 8 men have all the wealth / we have to take it / take it from them / and redistribute the wealth,” and, “It’s obscene / it’s so simple / get out the guillotine / let’s make it happen / but Bill Gates / paid for my high school,” the song comes off as a corny infographic, probably because Hennessey cites an infographic as her inspiration. Her robotic voice pairs well with the pure synthesizer sound. Everything combined makes a witty song that shouldn’t be taken too seriously although the content is serious. Their latest single, “Bryon is Dead,” was made for the CELINE Dans Paris FW 22 runway show. The idea came from Hennessey’s personal obsession with poet Lord Byron. It’s hypnotic, alluring, and eerie––like if Crystal Castles was pristine. It’s Hennessey, EP. 01, but sophisticated.

Hennessey is a New York band through and through. Together, Leah Hennessey and E.J O’Hara combine the best anecdotes from the old Lower East Side without over romanticizing. They are a time traveling band, making songs from the past and future. Due to their No Wave ethos, the songs may need some extra time to fully fathom, but once they are they will not leave your head. Hennessey knows how to fuck around and not take themselves too seriously, creating music in one of its purest, punkiest form.