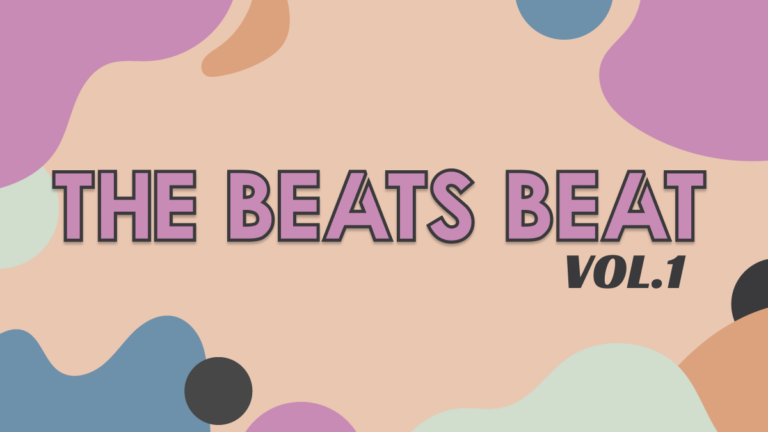 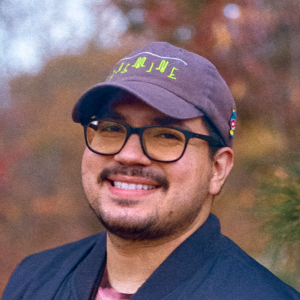 Ryan Magnole
Lives in Boston and founded a blog-turned-label-and-blog called EveryDejaVu. You can find him on Twitter and Instagram at @Wontu.

When I brought back the blog, I didn’t really have a vision for anything specific that I would personally write about. Generally speaking, I wanted to cover music that wasn’t being covered on bigger publications and channel a bit of what I really liked about the original EveryDejaVu blog: sharing whatever cool music I was finding on Soundcloud. This includes a series I used to do called The Beats Beat where I would make playlists with beats that were released on Soundcloud recently – anywhere from three to 15 beats.

Here is one of the ones from back then (6 years ago!):

With all that being said, that’s what I plan to do again! This is a bit of a personal adventure for myself. It’s a way for me to get back to really enjoying the dig for beats and artists and fall back in love with this forever-evolving craft. This will be a recurring series on this blog, but there are no guarantees on how often you’ll see it here. Just know I’ll always be on time!

For this first one, I’m keeping it simple as I am still getting my bearings right. I’m bringing you two producers that I’ve followed for a while, Dr. LaFlow and mejiwahn, and one that I just started listening to, auntie.

Dr. LaFlow is a South Florida-based producer and (fittingly) self-proclaimed “Space Wizard.” I’ve known LaFlow for a while now. We worked together to release a tape of his 2015 called Assorted Flavors Vol. 2.

I don’t want to dive too deep into what feels like a past life because his latest work feels like such an evolution for the wizard. LaFlow’s style has always been a unique blend of haunting and beautiful. He warps samples and layers them with effects that make you feel like you’re in a surreal dream sequence of a 50s horror movie while always adding the finishing touches with perfectly toned drums. “Chrome crystals.wav” currently lives as a 35-minute track without a description or promo behind it, but that doesn’t take away from the special sounds that are found within this one track. (It will one day be released as a proper album.)

I recommend diving in from start to finish, but if you want a taste to convince you, listen to the beat that starts (or at least begins to be introduced) at the 12-minute mark. There are a few beat changes that intertwine with each other over the next 30 seconds, but the rhythm of the upcoming beat is set up with the vocal chops to match the infectious upcoming flute sample (I thought I was tired of flute samples, but not ones like this) and swinging drums. I’m really looking forward to seeing how Dr. LaFlow rolls this one out and for what else he has stored in his wizard’s den.

When I heard “gully” by mejiwahn, I knew I needed to start this series back up again. It brought back a lot of memories of beat digging and discovering so many cool producers by looking up the producer names attached to some of my favorite songs. In this case, mejiwahn, formerly known as Art Vandelay, was producing some of the coolest beats I heard for Chester Watson.

An Oakland-based producer, mejiwahn’s music has a distinct groovy, yet experimental feel to it. His production is soulful. It’s jazzy. It’s psychedelic. It can be tough to grasp and explain, but easy to sink into and escape with. His style has been (most recently) best showcased on Liv.e’s album, Couldn’t Wait To Tell You…, where most of the production is co-produced by him.

But in terms of solo offerings, there hasn’t been too much from him lately until now. Mejiwahn is prepping a full release via Hot Record Societe (an Oakland-based label and community), and “gully” is the first single from the project. There’s so much happening in “gully,” yet the song flows like the stream of a narrow, calm river. The drums and the subtle melodies do a dance to the magical, soothing vocals (yes, there are vocals, but this is my blog and I can do what I want!). I can continue to describe it in ways that hardly make sense, but it’s better if you just take the journey that the video (by ch4ch) takes you below.

Quick plug before we move on for mejiwahn’s interview by the amazing Micro Chop, who goes into details about the gear mejiwahn uses and his collaborations with ShunGu.

Auntie is a Milwaukee-based producer who makes hip-hop and dance-influenced beats. And I can’t really give you much more background than that. But I think that’s okay, because what I do know is she makes beats that are weird and make me want to dance. On her Soundcloud, there’s a mix of rap reworks using acapellas from the likes of Lil Uzi Vert and Asian Doll, as well as a mix of standalone instrumentals. They all share a few common threads: scatterbrained (in the best way possible) artwork and soundscapes that are exciting, soulful, ethereal, and unpredictable.

With her latest offering, “delete5,” auntie leans more towards her dance flavor and brings us a short and savory track that thumps with glittering silky keys. The track could’ve been a two-minute loop and I would’ve been okay, but the temporary beat change halfway through gives this track so much life. The drums switch up and get a bit more complex and groovy, while an angelic vocal sample comes in to do a quick dance with the new chord progression.

Check out “delete5” below and if you want more from auntie, I highly recommend her last album :), available on Bandcamp.

PrevPreviousReview: It is JessX’s Fucking Life
NextLooking Back At ‘Lullabies In A Glass Wilderness’ by LalleshwariNext